The Koran and Social Justice – Interview with Qantara.de 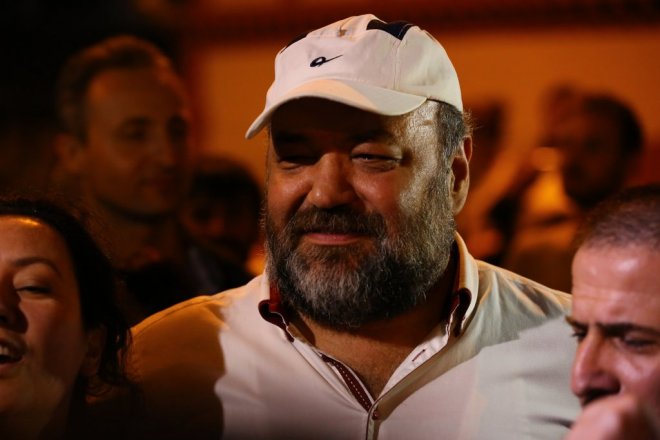 Ihsan Eliacik is the first proponent of an “Islamic socialism” in Turkey. In his teachings, he criticises the neo-liberal policies of the AKP and calls for a socialist reading of the Koran. Interview by Ceyda Nurtsch

You and your group, the Anti-Capitalist Muslims, were on the frontline during the Gezi Park protests in the summer of 2013. During Ramadan, you organised open-air iftars, inviting everyone to break the fast together. What was this period like for you?

Ihsan Eliacik: During the protests on Taksim Square, we camped out for 19 days in Gezi Park and, if you like, fought shoulder to shoulder with the people there. The Gezi demonstrations showed us that all we have to do to achieve something as a society is stick together. Gezi was a social project in which a variety of forces balanced each other out and which didn’t require any outside authority. This sense of community is something new in Turkey; prior to this, there was only ever

one specific understanding of governance, and there was no room in that system for anyone with a differing viewpoint.

The young people who were with us on the square were rebelling against authoritarianism, totalitarianism and the patriarchy. For them, Erdogan was a conservative, grouchy and unsympathetic father figure, and they believe they can only find their identity if they rebel against him.

We see it a

s our duty to stand alongside the repressed. That’s why we were there. Rumours that youngsters had been drinking alcohol in the mosques or that veiled women had been dragged down the streets were lies deliberately circulated by the police and intelligence agencies. These lies will now do the rounds for 30 years and influence religious people. It’s just like the anti-Communist propaganda of the 1970s.

For about five years now, you and your “Anti-Capitalist Muslim” movement have been sharply critical of the AKP government. What exactly do you take issue with?

Eliacik: We’ve got three main points of criticism. Firstly, on a political level, we take issue with the fact that the AKP isn’t changing politics, but conforming to politics. As far as ethics, religion and the economy are concerned, there is no change there either. All they’re doing is papering over the cracks.

Equality, solidarity and revolution: “The Gezi demonstrations showed us that all we have to do to achieve something as a society is stick together. Gezi was a social project in which a variety of forces balanced each other out,” says Ihsan Eliacik

Secondly, as far as the economy is concerned, they’re just putting capitalism through a ritual wash. They don’t have a plan, an alternative concept. All we’ve seen from the AKP to date is that the party is using its privileged position to establish and foster a wealthy social class.

Thirdly, in their foreign policy they take a stand alongside the strong, the jackals. They go on the attack with the strong and then complain alongside the weak: on the one hand, they’re with NATO; on the other, they are with the people in Gaza or Afghanistan, people who are having bombs dropped on them.

The Turkish approach to religion, ethics, politics and social issues requires fundamental change, but so far we’ve not seen that happening.

The association between Islam and the Koran and anti-capitalist criticism as formulated by you is a new concept in Turkey. What is its theoretical basis?

Eliacik: On 1 May 2012, we held funeral prayers for workers and then went to demonstrate on Taksim Square. That was something completely new in both the religious and social history of Turkey. We’re holding dialogue with leftist groups in Turkey, but we don’t represent them. Nor do we represent all religious groups.

What I’ve learned from the teachings of the Iranian scholar Ali Shariati, one of our chief influences, is the following: Shariati was no Koran exegete, he didn’t speak any Arabic and, as we know, he studied sociology at the Sorbonne in Paris. The mullahs used that against him. I didn’t want to hand a similar stick to the holy men in Turkey for them to beat me with. Sociologist Dr. Ali Shariati (1933–1977), one of the leading intellectuals and thinkers in Iran prior to the 1979 Islamic Revolution. His interpretation of Islam is considered by many to be revolutionary

This is why I analysed the Koran sura for sura in my work “The Living Koran”. This gave me the basis on which to argue that there is a clear contradiction between the Koran and the capitalist system. One of the first things that the Koran objects to is wealth. “Karim” means generosity. That’s why we carried a banner at the protest with the words: “Property Belongs to God. Down With Capital”.

I’m often accused of dressing up what is actually a fanatical religion. But for me, religion is based on the two fundamental principles of fairness and the distribution of property. If a religion doesn’t ask questions about distribution and justice, it’s a dead religion. If public funds were redirected to the people in the form of education, health, accommodation, electricity and water, then this would represent true social justice.

We are also close to the teachings of the Iranian reformist cleric Ayatollah Mahmud Taleghani, the proponent of “Islamic socialism”. Sometimes we are asked whether we have anything to do with the Syrian Baath party. Our response is quite clear: The Baath party is a one-party dictatorship trying to sell itself as socialist.

But it was Karl Marx who supplied the best definition of religion. He said that it is the sigh of the oppressed creature, the heart of a heartless world and the soul of soulless conditions. That’s a very poetic definition of religion. Shariati calls it religion versus religion. At the same time Marx says – and we witnessed that during the Gezi protests – that in the hands of the ruling class, religion can become the opium of the people.

Thus far, the Anti-Capitalist Muslims have not formed a political party. What do you think will happen in the upcoming local elections scheduled for March?

Eliacik: I think the AKP will lose votes. This will cause it to reflect. What the Gezi protests taught us is that we are should not ask about the identity of the victim or the perpetrator. What I mean by that is that it is much easier to be in the opposition than to be in power. At the same time, it is not so easy to be in opposition to those who are ostensibly on the same side. This is what we’re currently experiencing with the AKP, to which we were once politically close.

The Gezi protests had a social policy vision, and it won’t be easy to do justice to that. The People’s Democratic Congress, or HDK, which grew out of the Gezi protests, must reflect this political diversity. But we aren’t there yet. It will take time.

Translated from the German by Nina Coon

Recep Ihsan Eliacik, born in Kayseri in 1961, is a writer and Koran exegete. He formulated the theoretical basis for the movement known as the Anti-Capitalist Muslims, which instigated open-air iftars during the Gezi protests, inviting everyone to break the fast together.